On a recent photosafari to the Mara, we came across two female lions following a wildebeest calf through the bush. Surprising the wildebeest got away but as we watched the action I could hear the call of a male lion in the distance, we found him watching over the mother of the calf a little further down the trail. 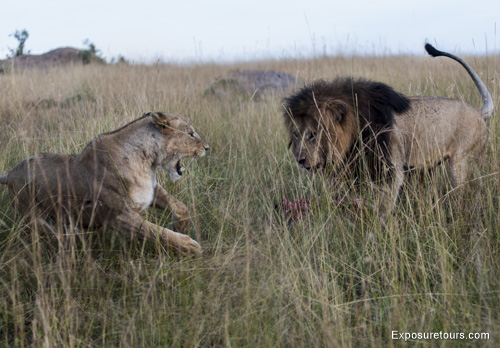 This male had 2 females doing the hunting for him. Unfortunately for them he was not willing to share until he was full. Most of these shots are taken in the 300mm range with a 200-400 f4. Because I was shooting from a low angle many of them such as the below image almost appear to have a wide angle feel to them. The difficult part of shooting low was maintaining focus and keeping a clear view in the tall grass. 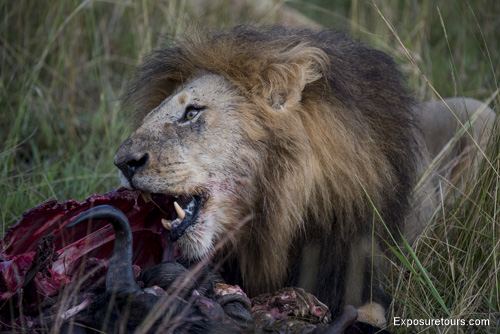 The scene was made more interesting by the fact that another male lion was waiting in the shade for his turn to feed. In between the females would grab what they could, if they were not fast enough the male would chase them away. The earlier wider image taken at 80mm shows some of the action. You can also view a video clip on the following link: YouTube 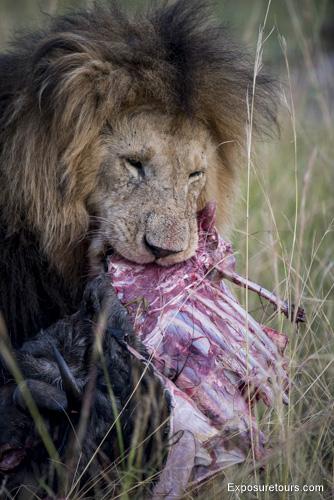 One of the females manages to grab a bite between the male lion change over. 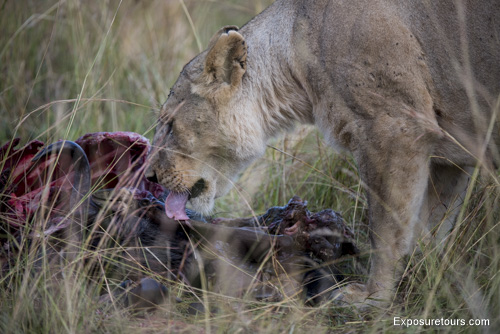 Given the males position in the group and his large meal its not surprising this lion was happy to pose and give me a smile at the end of the session! 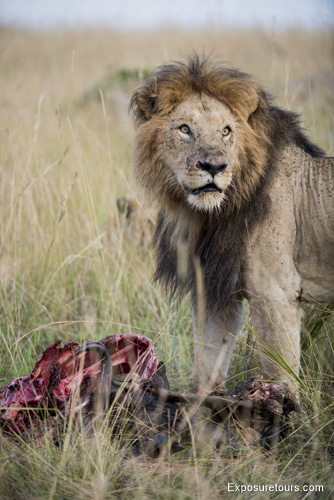