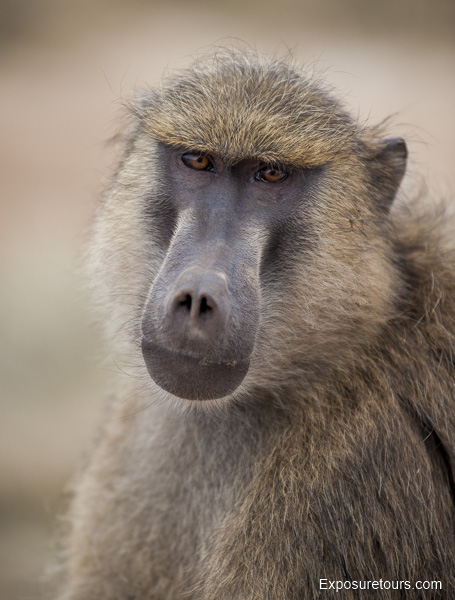 The Olive Baboon (Pabio anubis) Is quite common in Kenya. Having few predators except humans, crocodiles, lions and hyenas, troops can grow from around 50 to several hundred.

On a recent visit to amboseli after an early morning game run and lunch in the field we came back to camp, most guests take this opportunity to have an afternoon rest or relax by the pool. I tend to sit outside my tent and watch the every changing and fascinating animal antics.

On this day I had ordered a cup of tea, headed inside my tent and in less than a minute a monkey grabbed my sugar bowl and ran off, he then very carefully tried to use the spoon to eat some before deciding it was too much effort and throwing the spoon away he attempted to fit as much of his mouth into the bowl as possible. It was quite a sight! His fun was however short lived when the camp monkey chaser appeared with a sling shot and began to chase the troop away.

I managed to get a good collection of images around the camp several mothers had infants (typically one) mostly I kept my distance using a 200-400mm lens. 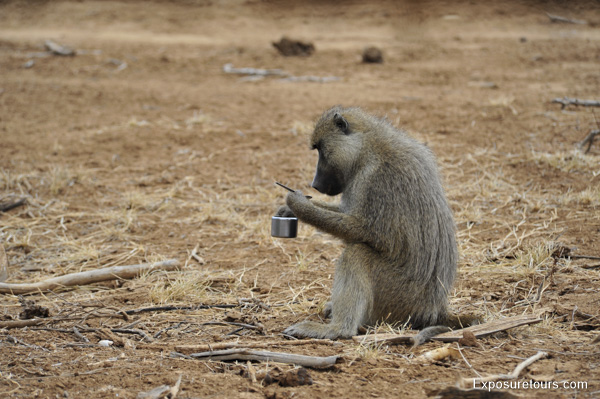 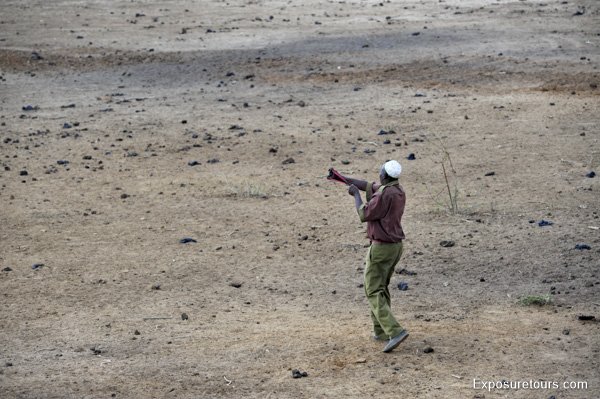 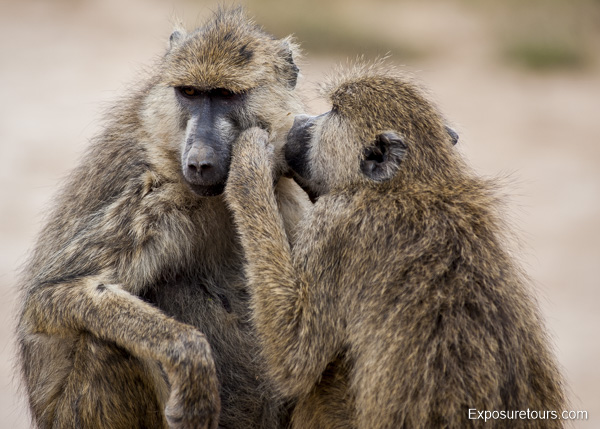 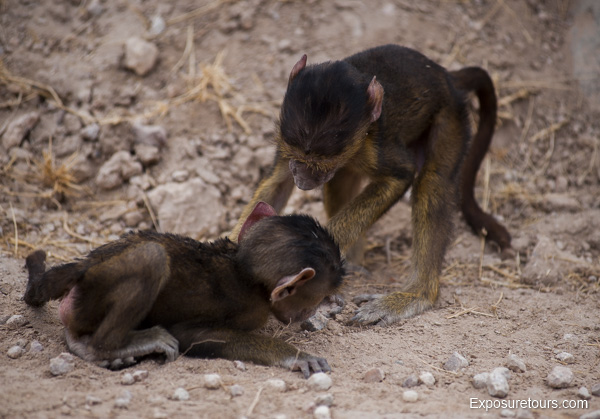 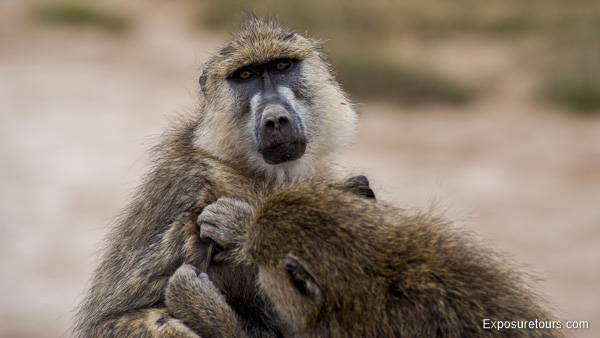 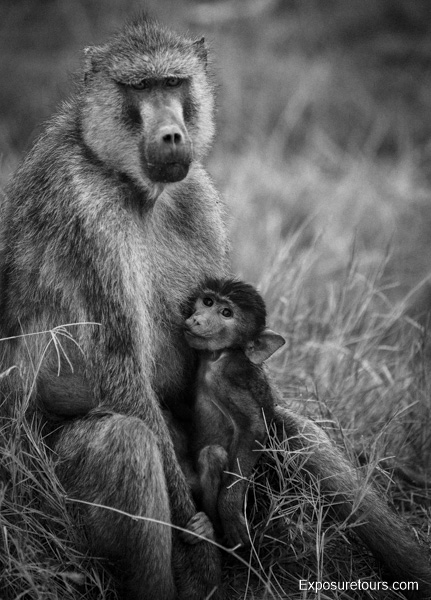