A brief review of Wildlife Conservation and Trophy Hunting in Africa. Why as photographers we should carefully choose where we plan our next photo safari. 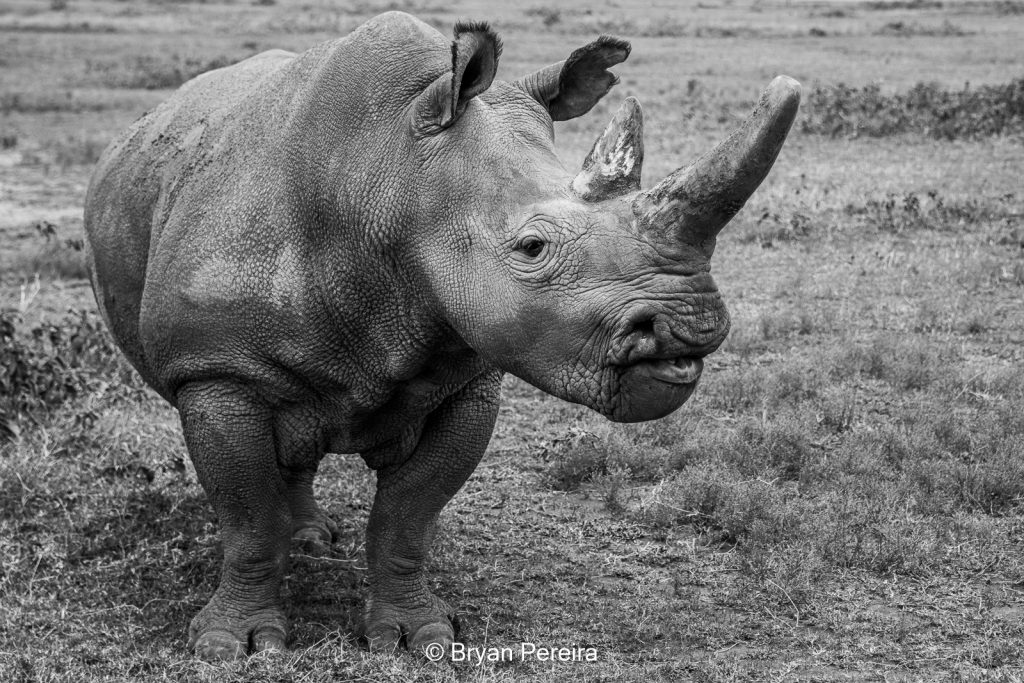 Conservation has always been an important part of wildlife management in East Africa. This is particularly evident in Kenya that banned elephant hunting in 1973 and all paid hunting in 1977.  The practice is still permitted in counties like South Africa, Botswana, Zambia and Uganda. If you travel to any of these as a tourist, your tax dollars go towards funding a government that supports killing vulnerable or threatened species for profit.

The reasons given for culling, whether a hunt or a canned killing (animals bred and caged from birth specifically to be shot), ignore the main issue. Poor land management. Instead of killing wildlife for profit governments should be urged to relocate the human population when necessary, provide buffer zones and allow corridors for unhindered animal migration.

The market is driven by the US and Asia. For the latter it is a demand from traditional medicine, although rhino horn was banned in China in 1993. The US unfortunately accounts for the majority of paid hunting in Africa (2005 to 2014, American hunters imported 32,500 lions, elephants, rhinos, buffalo, and leopards). The perpetrators are wealthy citizens encouraged by renewed legislation introduced by former president Trump in 2017. 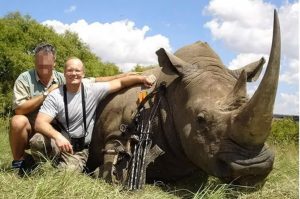 The advisory council (IWCC) chosen by the former president was made up of 16 members only two were non trophy hunting advocates. The rest were members of the NRA and various other hunting associations including Safari Club International (SCI is the biggest pro hunting association in the US). Members of SCI include Walter Palmer, the Minnesota dentist who killed Cecil the lion. The council was under the direction of interior secretary, Ryan Zinke who received $10,000 for his 2016 congressional campaign from SCI

Trophy hunting groups argue that the killings greatly aid the economy and help wildlife flourish, lets look at the facts. 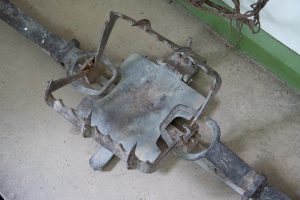 Is Trophy Hunting a requirement for the economy?

The trophy hunting business runs in the millions – 2015/2016 US$341 million in South Africa* to US$1 million in Tanzania. However, it does not come close to the amounts generated by the tourist industry – 2016 US$27.3 billion in SA to US$2 billion in Tanzania**. Non hunting visitors therefore contribute vastly more to see animals alive then their trophy hunting counterparts. There is also no evidence that local communities are aided by these minimal contributions. In fact, a 2013 study shows they only receive 3% of gross paid hunting revenue.

“In Botswana, Ethiopia, Mozambique, Namibia, South Africa, Tanzania, Zambia and Zimbabwe, trophy hunting brings in just 0.78 percent or less of the overall tourism spending and has only a marginal impact on employment in those countries, providing approximately 0.76 percent or less of overall tourism jobs. The total economic contribution of trophy hunters is at most an estimated 0.03 percent of gross domestic product (GDP).”
Economists at Large

On the conservation side there is no evidence that trophy hunting leads to positive sustainability or conservation benefits. A 2019 study shows that In Tanzania managed trophy hunting has led to 72% of big game hunting zones being depleted and are no longer functional.
“..This perfect operating system is unattainable and therefore sustainability cannot be ensured.”
Economists at Large

“To conserve a lion for hunting costs around 4 million USD, whilst the market price for its hunt is around 50,000 USD. And, in the absence of the hunting of flagships species, hunters are no longer interested in the area in question. This distortion reveals the incapacity of big game hunting to fund conservation and its activity” 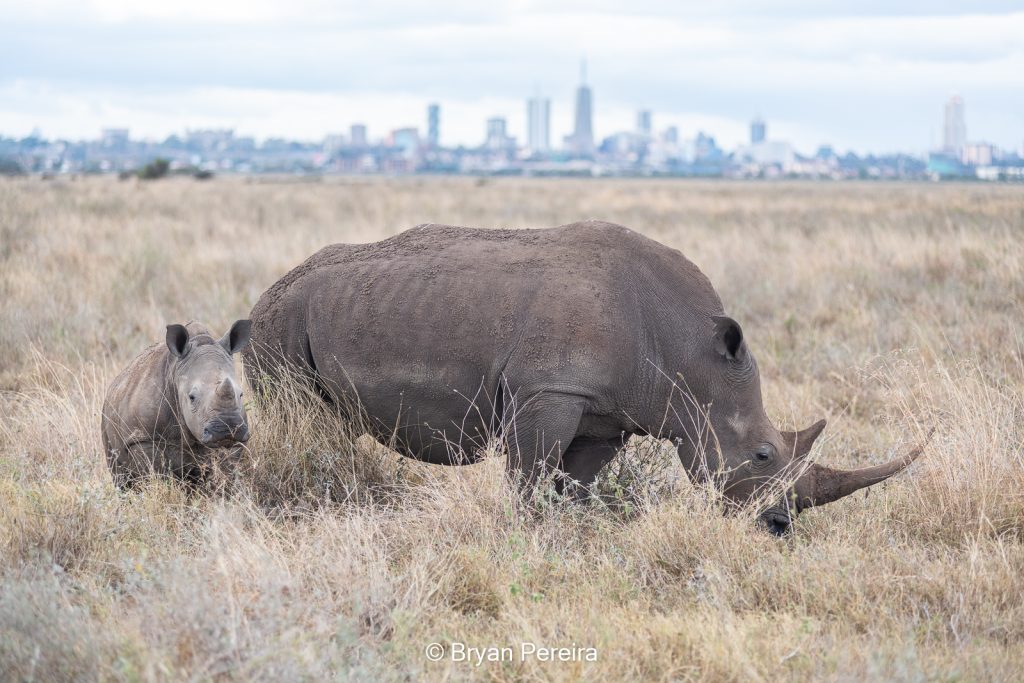 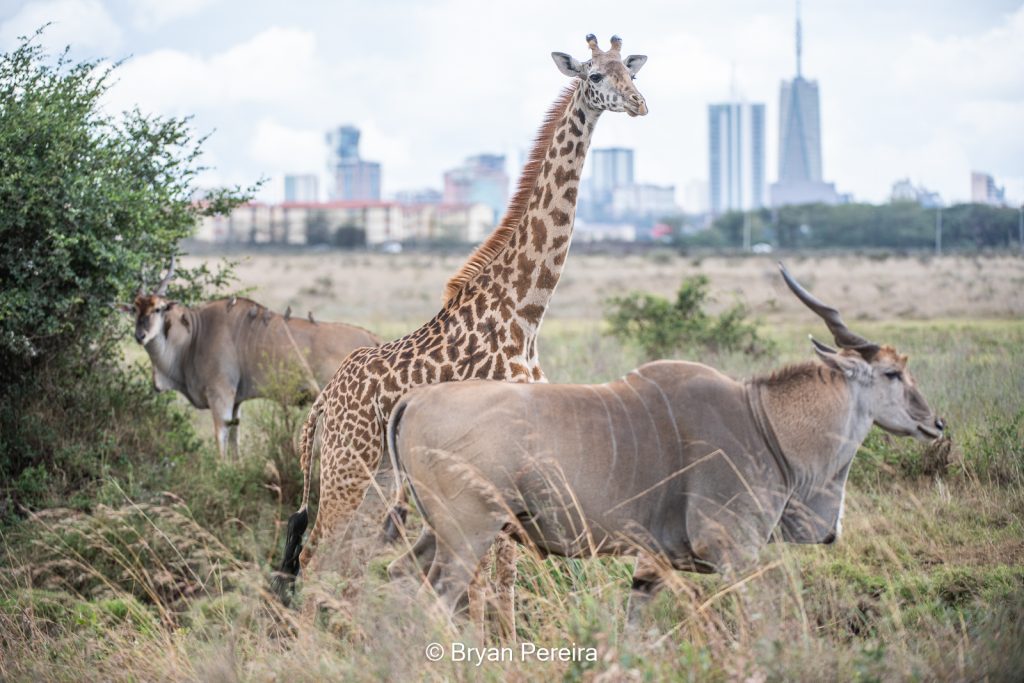 As a photographer born in Africa I have conducted dozens of trips from Cairo to the Cape. The regional difference with animal behavior toward tourists is very noticeable. Countries geared to cheap large group ‘bus tours’ are the ones where The Big 5 are hackled the most. This results in animals becoming stressed to the point where encounters are extremely dangerous.

Interestingly the biggest offenders, Botswana and South Africa, are also the ones that support Trophy hunting.

Photography is a tool to capture a decisive single moment in time.

Without conservation and beyond what our conscious tells us, we stand to lose many of these once-in-a-lifetime and unique opportunities. We all must consider and include aspects of conservation when planning any safari.

Experiencing Conservation during your holiday 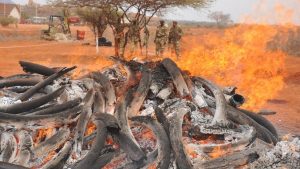 On the first day of our Kenya safari we go to Nairobi National Park. Located within the city limits one can often see lions and rhino. In 1989 twelve tones of ivory was burnt by the president as a stand against poaching. You can visit the site today which has a plaque and some information about the event.
On the same day we also visit the world renowned Sheldrick Animal Orphanage. Here you get to see young elephants before they are released into the wild. They come from all over Africa and have lost their parents due to poaching or civil conflicts. The attendants explain how they are looked after while visitors can watch the youngsters play. The center is funded from paid admission and you can sponsor one of the animals to support their rehabilitation. 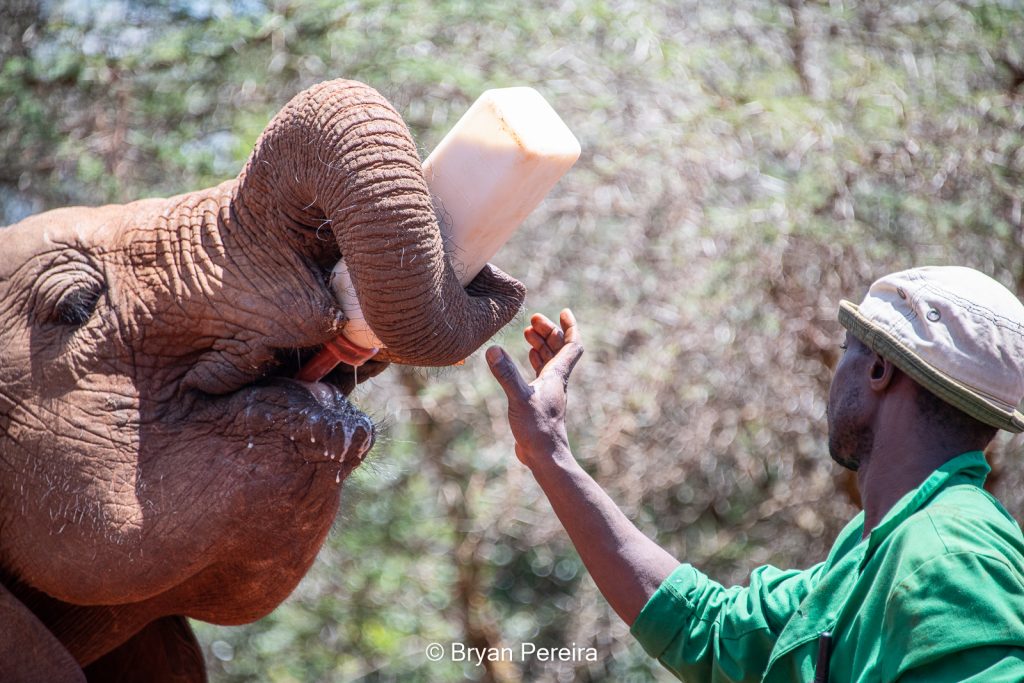 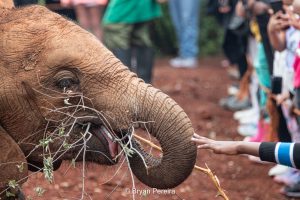 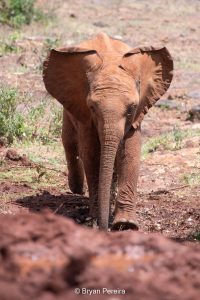 You can expect to see almost all of Kenya ‘endangered’ species on safari including the Grevy’s Zebra the Black Rhino and Thomsons gazelle. You will also see ‘vulnerable’ animals such as lions and leopards.

We normally visit two rhino reserves guaranteeing a sighting of Africans most difficult animals to spot. The second location is home to the two last Northern White Rhinos anywhere in the world. It’s a moving once in a lifetime opportunity to visit them (Najin and her daughter Fatu) as the species nears extinction. Timed visits are prebooked by us on limited availability. The rhino are protected by a 24hr armed security that includes the use of night vision optics to protect them against poaches. They spend their time with a female white rhino 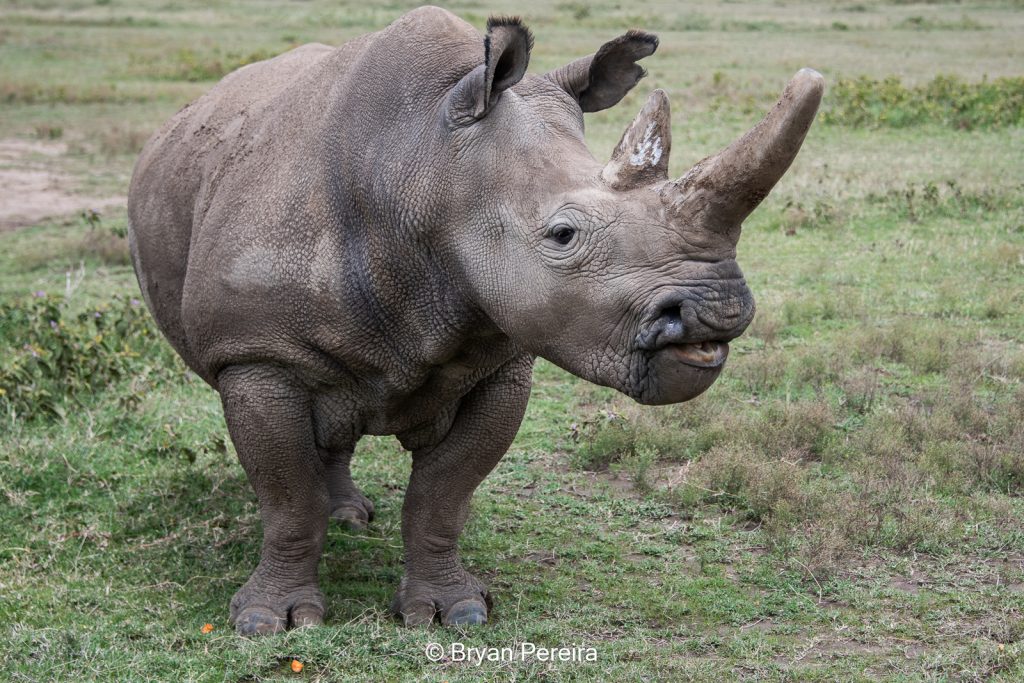 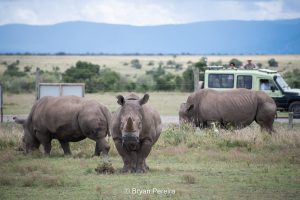 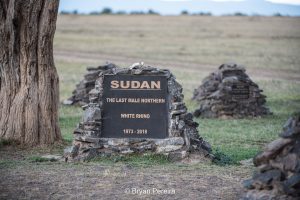 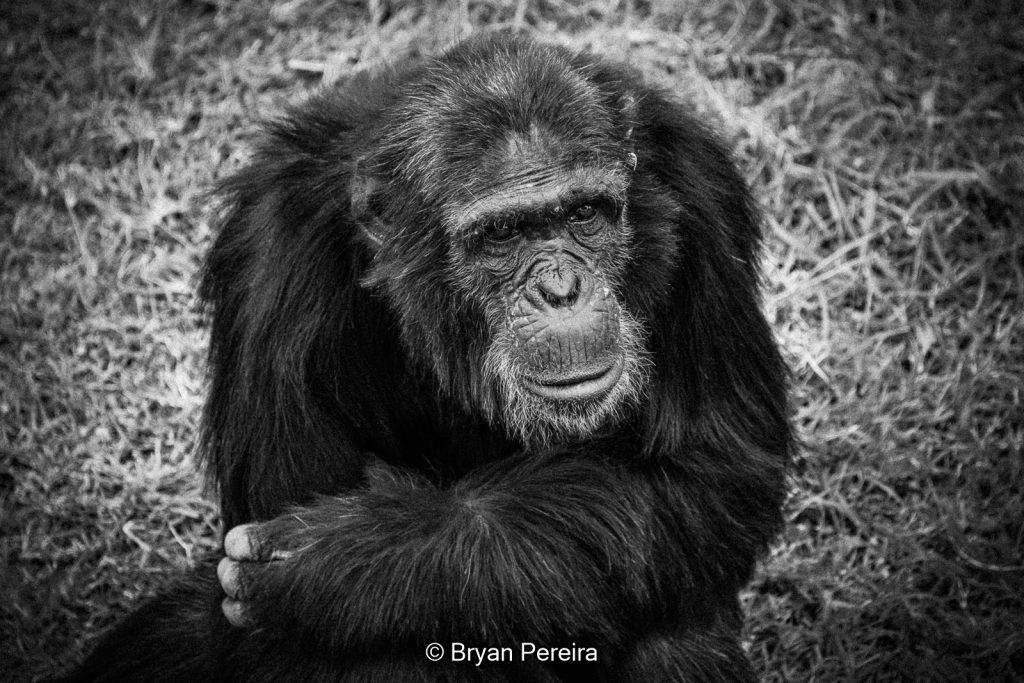 Large primates such as gorillas aren’t found in east Africa. However Kenya does have a sanctuary that is operated by the Kenya  Wildlife service and the Jane Goodall Institute. Here over 30 chimps rescued from central and western Africa are brought to a safe lifelong home for a chance to start over. We spend several hours at the camp observing different groups. Vervet monkeys and baboons are common and make for nicely posed images 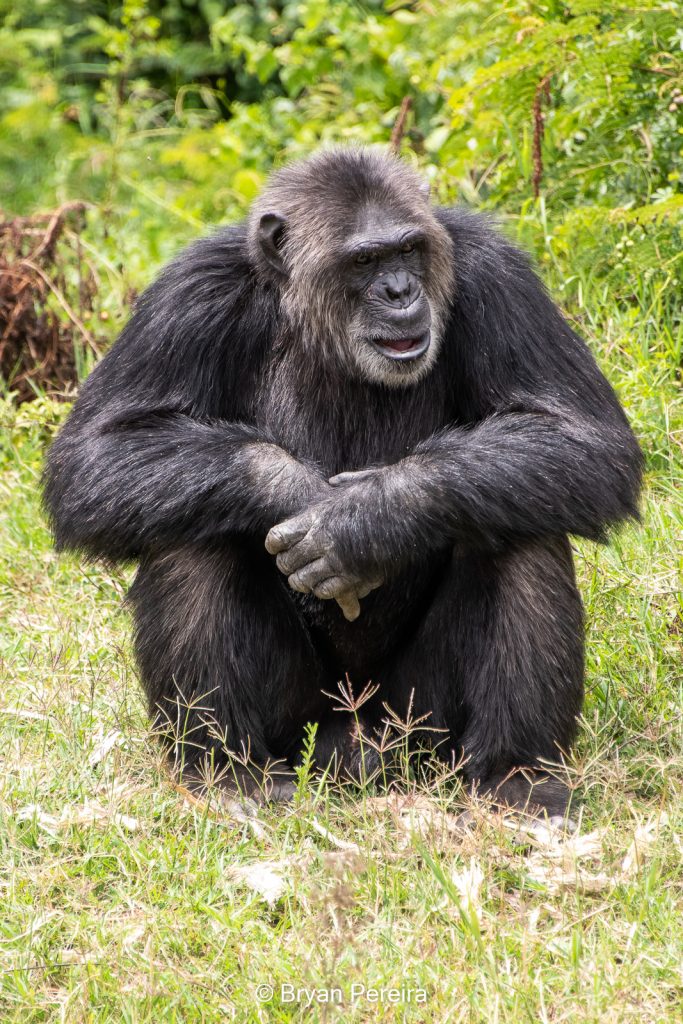 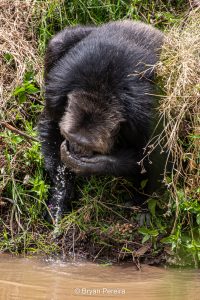 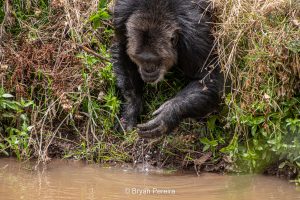 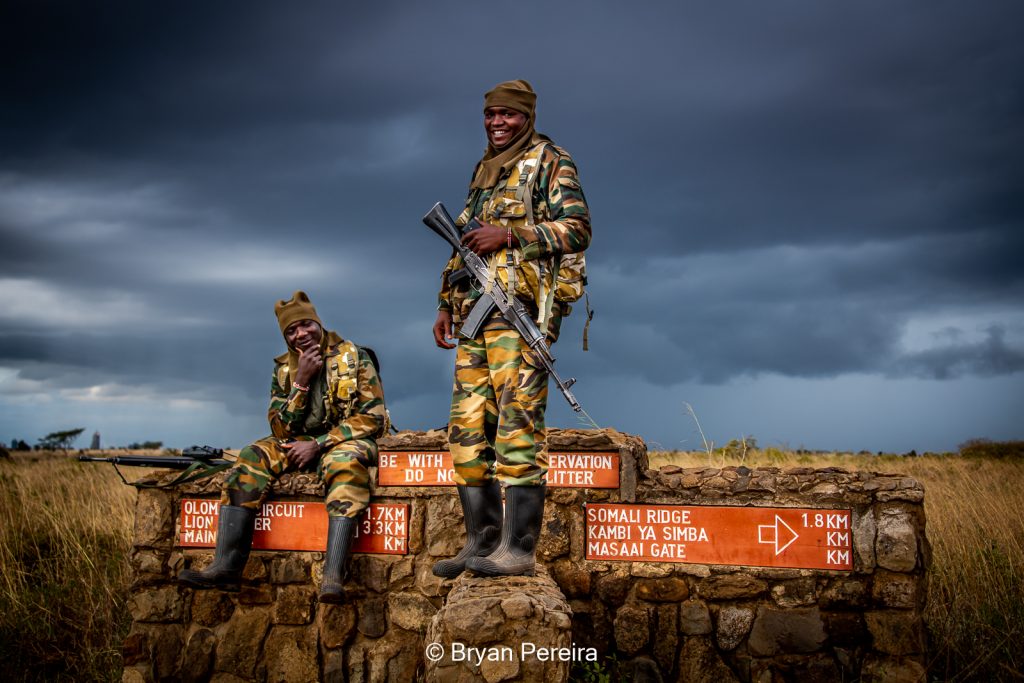