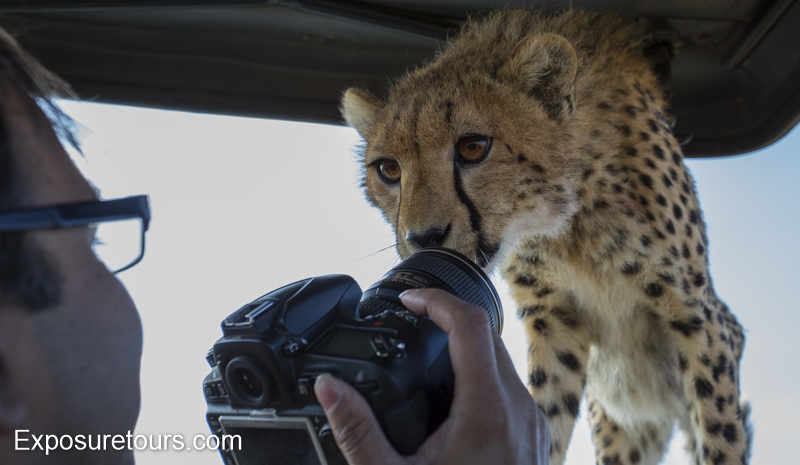 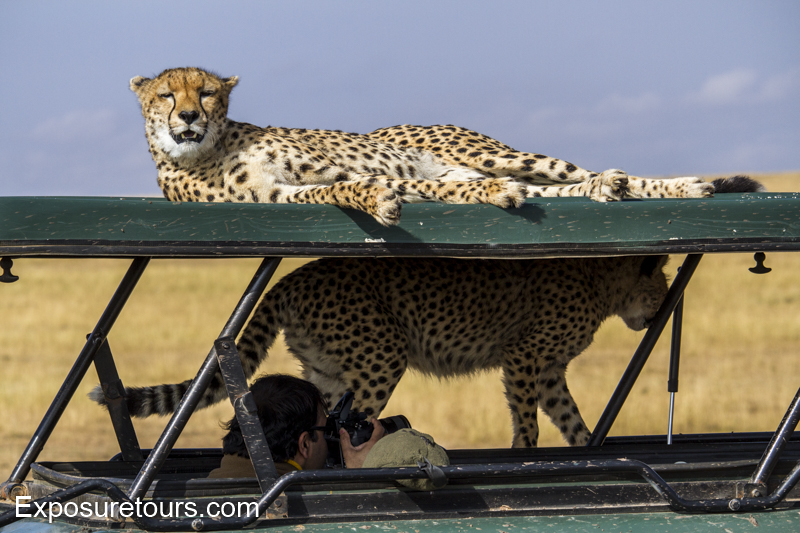 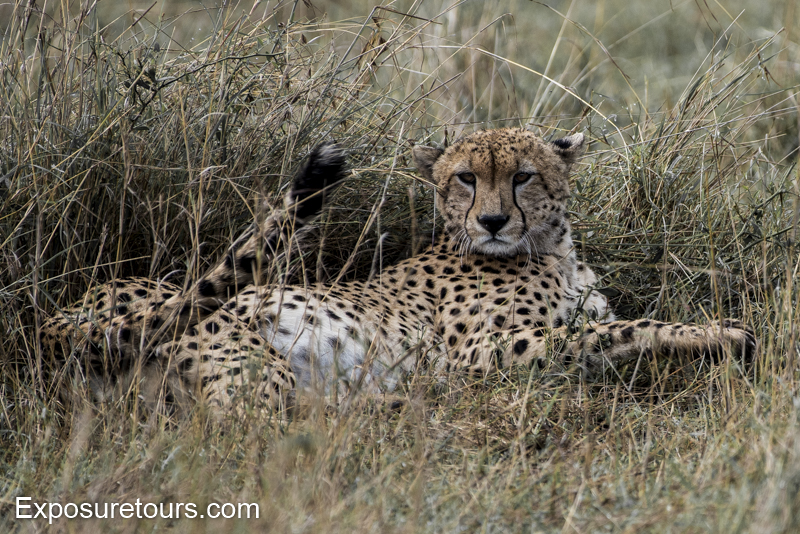 I’ve been lucky to meet Malika on every photo safari. Last year we had a unique encounter with her so I was looking forward to seeing how she and her cubs were doing.

We caught up with her on our second day in the mara. As usual the game rangers were close by and instead of a camera crew she now also had some researches documenting her life. 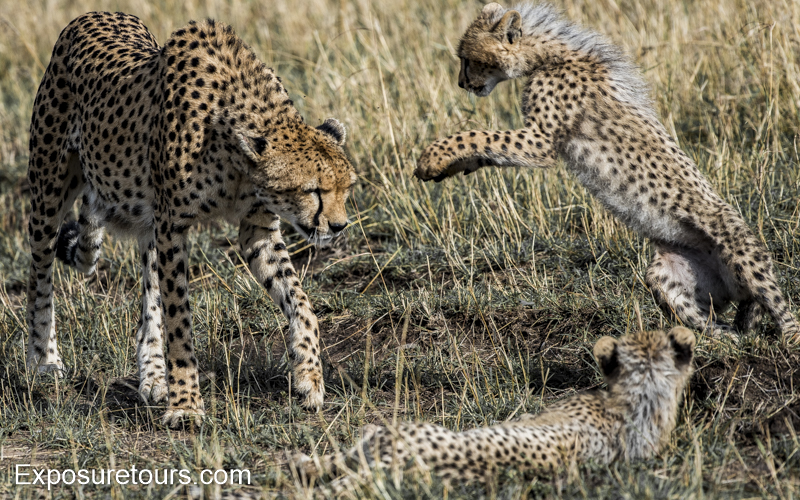 I was over joyed to see her with two new cubs. The previous four had left around six months after I saw them. Im not sure of her total litter this year, one year she had six which is typically the maximum for cheetahs. 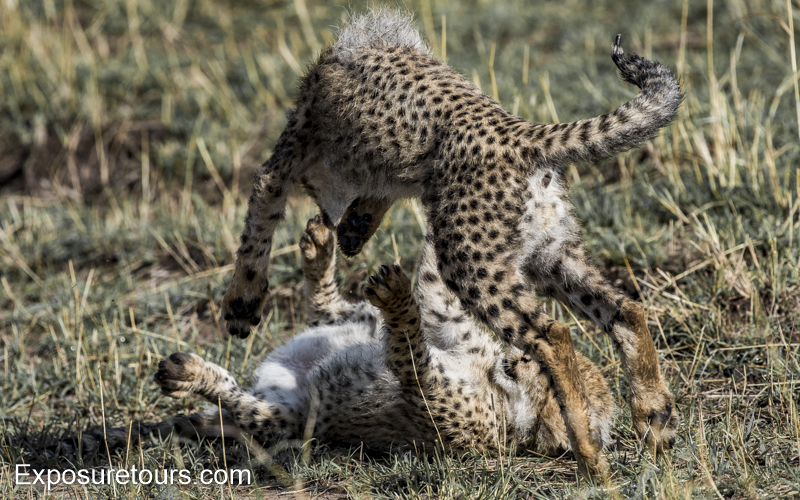 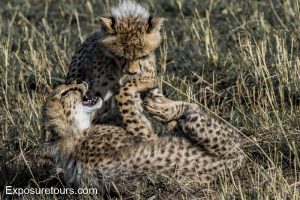 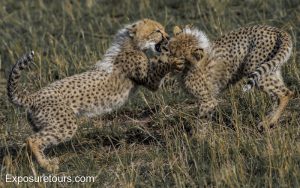 These young cheetah twins were already starting to portray their own personality. One was the mischievous instigator pushing the other to play and practice their skills. Malika looked on happily as they ran around in the grass oblivious to the cameras. When she approached them the more energetic cub leaped and tried to trouble her as much as possible. She appeared to be as gentle as she was with her last cubs, keeping them clean and making sure they didn’t get into too much trouble. 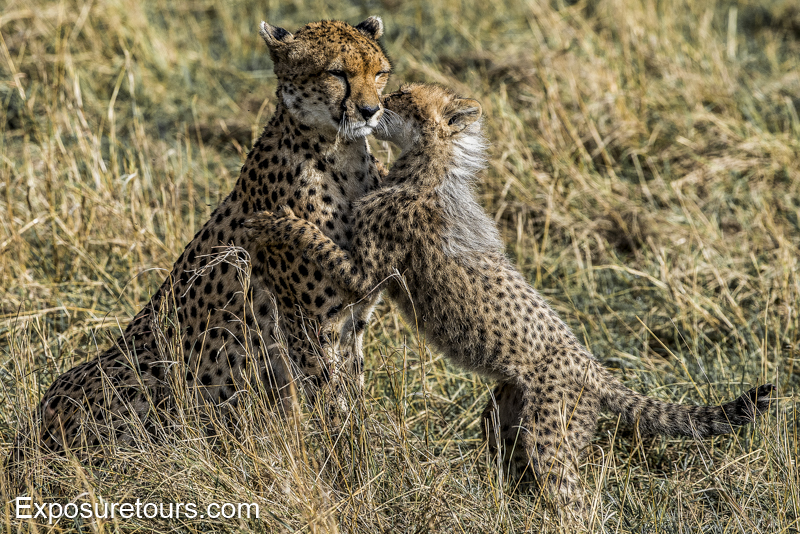 I’ll be leading another photo safari this year and hope to see her then and check how the cubs have progressed. 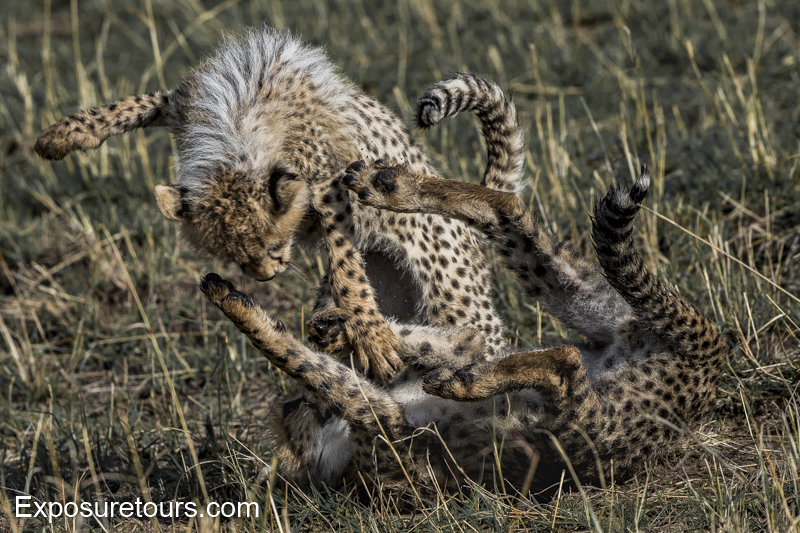 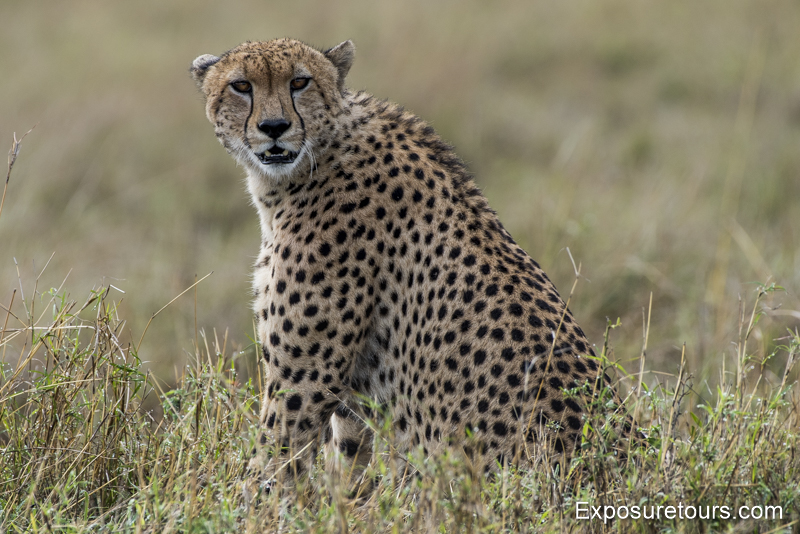