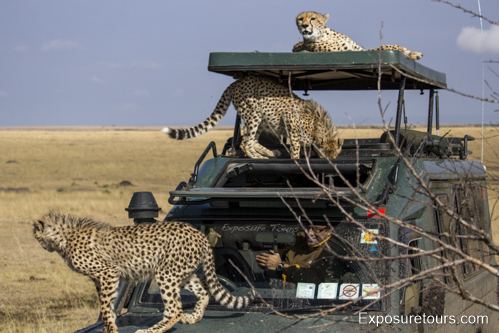 Cheetahs are relatively calm compared to the other big cats. The cubs tend to be a little more adventurous and of course playful and very curious.
It’s not uncommon to have one jump onto a vehicle and sit on the roof, the extra height gives them a clear view of the surrounding area and any potential prey. 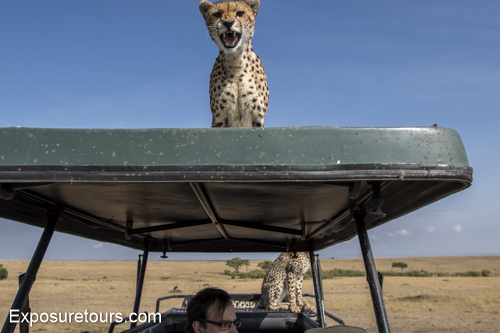 We had four people recording the encounter in our vehicle (driver, guide & Guests) and an extra camera was given to a film crew that had been following Malika and her cubs for over a year,
I had first met the family in October, she had five cubs then, but was now down to four from her original litter of six. 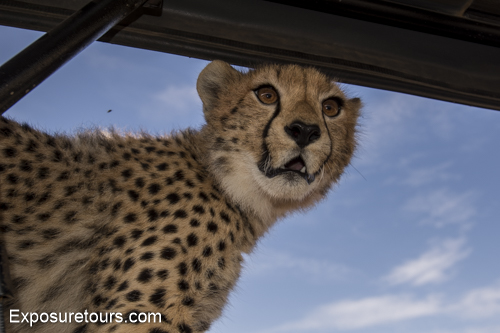 I had been close to cheetahs on several trips but this was a unique experience both for myself and the guests. One of the cubs was very curious and took a liking to the bean bags we had along the frame as well as the rubber roof seal and our aerial! My only concern was she would slip and fall into the van, if she did, simply saying calm and opening the door would be good enough to set her free. The whole scene lasted well over 15 minutes. With the mother sitting on the roof, we couldn’t start the engine as she would have panicked. 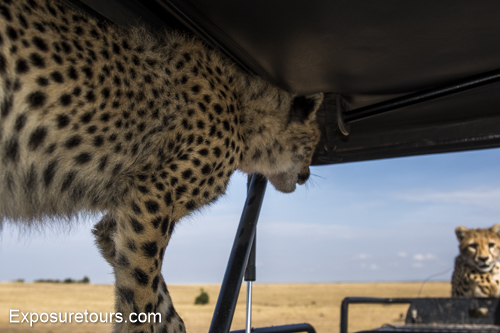 At one point we had all 5 cats on the vehicle with the most curious one walking along the top of the door frame right over us to the back. Even for our seasoned guide it was a once in lifetime encounter. 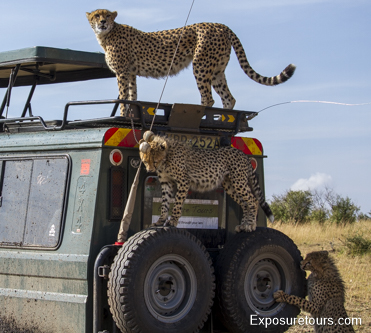 One of the most amazing moments for me was watching one of the cubs as she sat up and calmly leaned towards me, stuggling to balance. I was shooting with my wide angle and managed to get some vide and stills before she was too close to focus. A guest then captured the moment of her kissing my lens! 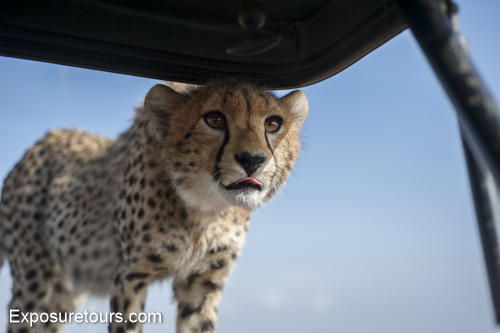 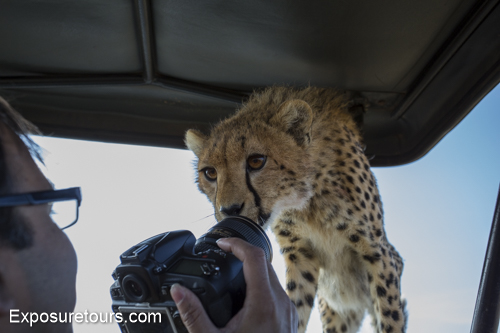 I’m not sure how many frames were taken but doubt any recording can sum up the true feeling of being there. We will be heading back on our next photo safari in November and March for another exciting trip to see how mum and the cubs are doing. 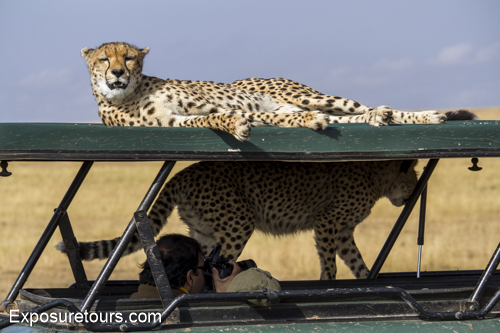 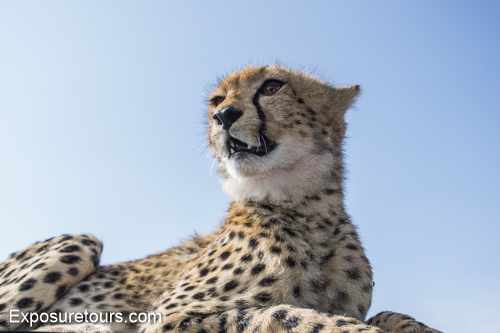 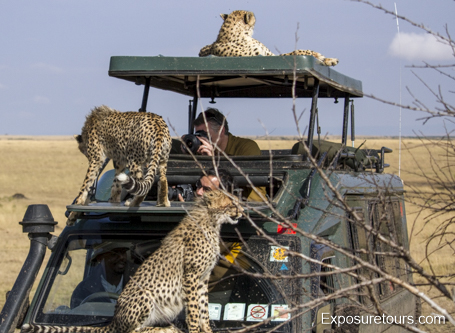 You can watch a video of the encounter here: https://youtu.be/HHA2onuyZUw 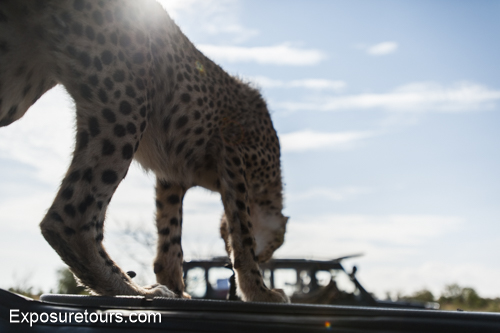 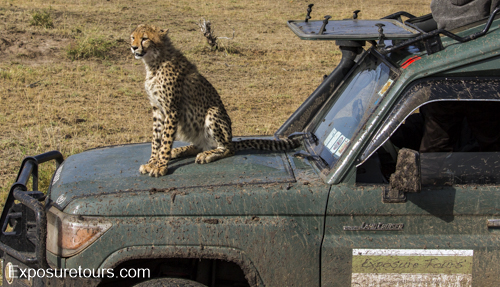 Please note: No encouragement was given to the cheetahs prior and during the course of this event and all park rules were adhered to by our experienced professional guides.